Since time immemorial, a great battle has been waged between worlds, weaving its way throughout the very fabric of our shared history. Now it’s time to get close and personal with The Design Team

The conflict? Writers vs. designers. Language vs. imagery. Sentences vs. symbols. Those with pens… vs. those who also have pens (but probably don’t use them as much).

Only kidding! But whilst this isn’t quite how it is, what is clear is that there are some BIG differences between the people who deal with words for a living and those who throw around phrases such as “high res proof” and “check if it’s CMYK” like they’re going out of fashion.

So, to aid our (and, indeed, your) understanding of the Design Team, we sat down with them to find out just what it is that makes them tick. We asked them all of the big questions – and some little ones too! 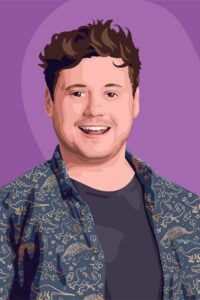 Jake – Co-Head of The Design Team

Obscure Fact About Yourself: Jake’s answer – “I’m heavily into astrology and spiritual consciousness” – came as quite the surprise. We thought he just quoted memes and TikToks all day.

Favourite Work Memory: Christmas Party. The one where Jake won the Party Animal of the Year Award 2021. No, that’s not a deleted episode of Friends. This actually happened. Some say Jake eventually got back home at 5am. Some say he’s still out there now living it large. Which side are you on?

Most Commonly Asked Question At Work?: “Jake, Have you got a minute?”

If You Weren’t A Designer, What Would You Like To Be? “Musician/Producer/Writer.” And yet, he’s not even been kind enough to perform for us yet. We’re fully expecting a live show when we’re all back in the office. Hurry up, Boris!

Party Trick: “I can spin plates/trays on my finger and have done so for money.” Disclaimer: this won’t be added to our list of services anytime soon. Unless there’s a demand for it. In which case, you’ll need to supply your own goods. Plates are expensive.

Nothing if not diverse. Ten gold stars.

Book: How To Survive Being Stranded On A Deserted Island – Beginner’s Guide 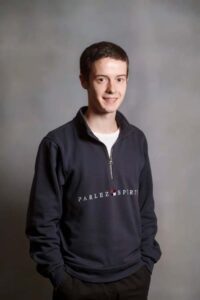 Obscure Fact About Yourself: “My full name is Pablo Patrick Joseph Jude McDermott Simarro, but you can just call me Pablo.” Sure thing, Pabs.

Hobbies/Interests: Pablo likes football. He supports West Brom (well, someone has to) and Real Madrid. He also made a joke about how they’re not going to play each other anytime soon. Whilst this is true, they’re much closer to facing an even tougher task: the mighty Aston Villa!

Most Commonly Asked Question At Work: “Does this look weird?” – no matter how we spun this one, they all came out a little NSFW.

“I can speak Spanish and I’m pretty sure I’m better at it when drunk.” Pablo’s alcohol-fuelled superpower was in full flow at the Christmas Party. Unfortunately, this began to wear a bit thin for the taxi driver attempting to drop him home. 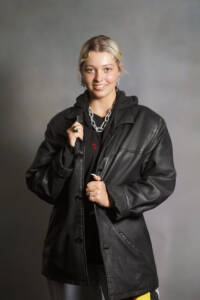 Obscure Fact About Yourself: Mattie really struggled with this one, until she had a bizarre, food-related awakening. “I can’t think of anything, but I love sweetcorn…corn on the cob, popcorn, corn kernels, even corn cakes, which are basically rice cakes but made out of corn. I just seriously love corn.”

One thing’s for sure, nobody puts our apprentice in the corn…er. Was that joke too corny for you? Apologies, we’ll quit while we’re ahead.

Favourite Work Memory: “Honestly just watching everyone become so animated when they heard about our fake Netflix documentary called Making A Sandwich (not out yet). Everyone just started cracking so many jokes and ideas. Interviewing Scott as well was so funny, I had to bite my hand to stop laughing.”

We’ve been privileged enough to see this in its early stages and it is a real treat. Forget everything you knew about documentary film-making, this one’s already taken the Academy Award.

Most Commonly Asked Question At Work: “Where are the videos you sent me on Dropbox?” Surprisingly, these videos show up on Dropbox, 100% of the time!

Party Trick: “It’s pretty gross but I can burp the alphabet.” Yes, this is completely vile. It’s still probably better than being a West Brom fan though, eh Pabs?

The Life of Pablo (no, not that one!) – Kanye West

Luxury Item: A camera (any one, I’m not picky). 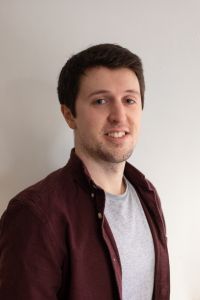 Obscure Fact About Yourself: Ben’s initial response of “I’ve only eaten a McDonald’s once” seemed crazy enough, but then he really outdid himself and, indeed, everybody else. As a child, he was knocked out twice and then watched the Champions League Final while concussed for consecutive years. He even checked the dates (26th May 2004 and 25th May 2005). Clearly, these concussions did not affect his long-term memory.

If You Weren’t a Designer, What Would You Like to Be?

“Football manager or pundit.” Thought so. Looking forward to him and Pabs putting forth a tactical analysis of Stoke away on Monday Night Football, should they ever leave Truly, of course. Which they won’t.

Favourite Work Memory: Another one for the Christmas Party. Yes, even though one member of the Content Team left at 6pm and another was “ill”, everyone else seemed to have a right old time!

Under The Cover of Darkness – The Strokes

The Lord of the Rings 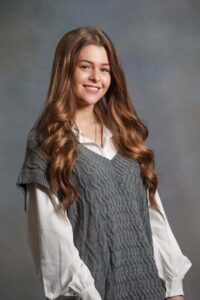 Hobbies/Interests: “Going out out and horse riding.” In fact, Sophie parties so much that sees her parents for an average of 35 minutes every weekend. Best look after that Party Animal Award, Jake, she’s coming for it!

Favourite Work Memory?: “The Christmas Party”. The Design Team: Putting The Content Team to shame since 2021!

Most Commonly Asked Question At Work?: “What are you having for lunch today?” Sophie’s appetite for snacking and food in general is prodigious. You may have heard tell about the upcoming Truly documentary, “Making A Sandwich”. Sophie plays the lead role!

“I don’t read books, so shall I just go for a book of a film I’ve watched?. The luxury item would be my phone.”

We don’t know what a D-Block Europe is but were pleasantly surprised that Sophie had heard of The Killers. Some of our younger members of staff don’t even know what a single is. Man, we feel old. 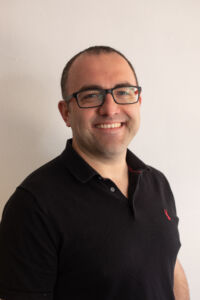 Dave – Co-Head of The Design Team

Obscure Fact: “I once didn’t take the chance to be in an episode of ChuckleVision – lifelong regret!” Clearly, Dave was destined for bigger and better things, like winning Office Joker 2021 at the Christmas Party!

“Drawing/painting (kind of has to be right?!?) and watching football (not playing it anymore though)!”

Most Commonly Asked Question At Work?:

“Can you get this done for yesterday?”. It’s a little-known fact that some of our team members have mastered the ability to time travel. Moving between time zones takes its toll on Dave, which is why this answer seems a bit grumpy!

If You Weren’t A Designer, What Would You Like To Be? “A professional footballer obviously (defo got the skills)” It looks like we’d have a hell of a five-a-side team should we ever need one!

Party Trick: “Always being there to look after Jake when he’s had one too many.” And we thought Dave’s day job was stressful!

Simple Minds – Don’t You (Forget About Me)

Basically anything from the 80s and I’d be alright till I ran out of battery!

And there we have it. An exhaustive introduction to all of the movers and shakers that make up our fantastic Design Team. For their help in injecting some personality into your business’s branding, design or overall visual identity, get in touch with us today by calling 01926 814547 or emailing info@trulycontent.com.